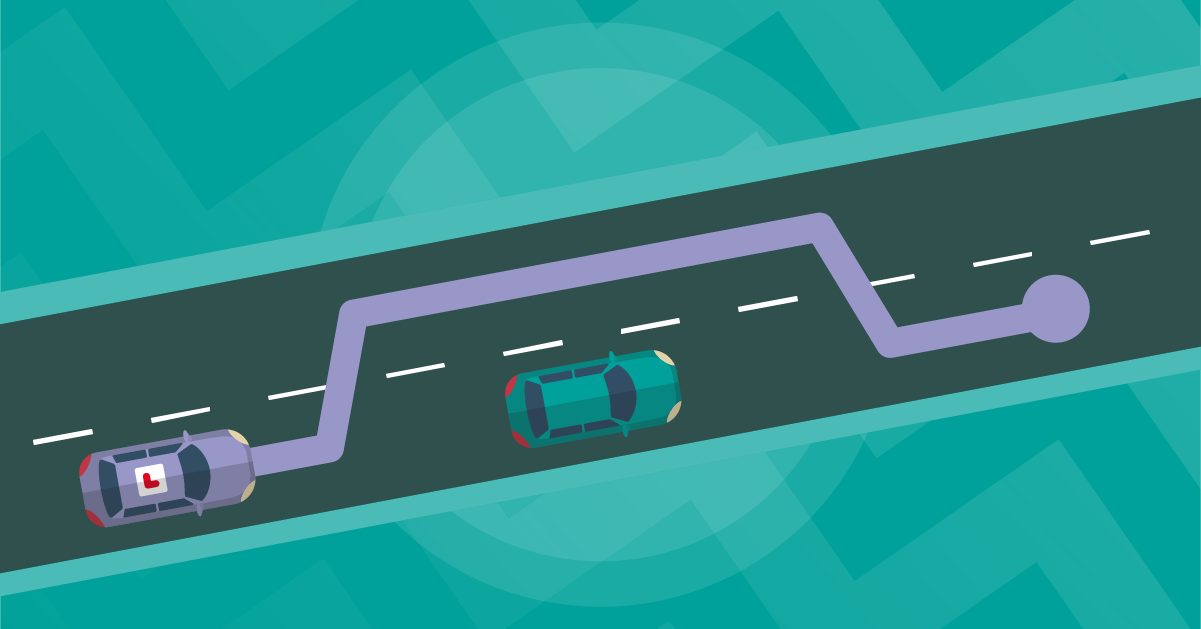 Overtaking rules: how to overtake safely

Learning how to overtake safely is essential. At some point every driver will be on a single-lane road and get stuck behind a tractor, lorry or just someone who’s taking their sweet time. It can feel a bit daunting when you’re learning to drive, but don’t worry. We’re here to guide you through how to overtake safely, overtaking rules and when you should avoid overtaking.

How to overtake safely

What are the rules when you’re overtaking cyclists?

The Highway Code says you should give cyclists just as much room as you would give a car. Motorcyclists and cyclists may suddenly need to avoid uneven road surfaces and obstacles on the road. Give them plenty of room and pay close attention to what they’re doing.

If a cyclist looks over their shoulder, it could mean that they’re planning on changing direction. If they do this, give them some extra space and don’t overtake them. While we’re on the subject of keeping cyclists safe, check out our article on the importance of doing the dutch reach when you get out of the car.

Can I exceed the speed limit when overtaking?

Although it’s important to move quickly when you’re overtaking, you shouldn’t exceed the limit. If you do speed, you could get penalty points on your license or need to take a speed awareness course. Not good!

What must you do when overtaking a car at night?

If you want to overtake at night, it’s important to make sure you’re not dazzling other drivers. Wait until you’ve passed them before you turn on your full beam lights. Heads up…this is a possible theory test question. If you’ve got a theory test coming up check out our tips on how to pass your theory test.

When may you overtake another vehicle on the left?

This is another theory test question. If you want to practice some more theory questions an app may be a good idea. We’ve reviewed the top 5 theory test apps to help get you started. 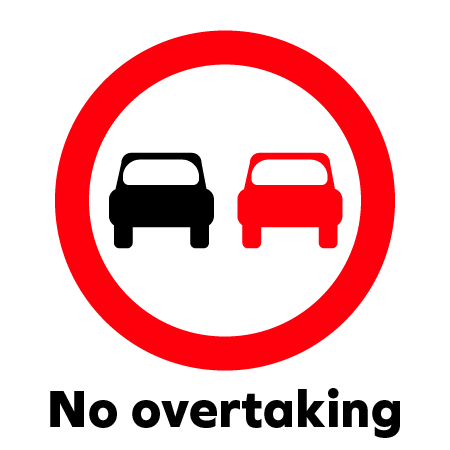 Can you overtake on double white lines?

Double white lines on the road are also used to show drivers when it’s illegal to overtake. According to Rule 129 Highway Code, you’re only allowed to cross the line, provided the road is clear, to pass a stationary vehicle or overtake a bicycle, horse or road maintenance vehicle if they are travelling at less than 10mph. That means if you’re sitting behind a tractor doing 15mph and there’s a double white line, you shouldn’t overtake it.

What is a crawler lane?

A crawler lane – AKA a climbing lane – is a lane sometimes provided to slower-moving vehicles on hills. This allows more zippy cars and vehicles to overtake, and keeps traffic flowing.This is covered by Rule 139 of The Highway Code, which also says:“Use this lane if you are driving a slow-moving vehicle or if there are vehicles behind you wishing to overtake. Be aware of the signs and road markings which indicate the lane is about to end.”

So, these lanes will usually be used by larger vehicles, such as tractors, buses, coaches, or heavy goods vehicles (HGV), which slow right down on steeper gradients.

Crawler lanes are positioned on the left-hand side of the road, so that faster-moving traffic can overtake to the right, as normal.

Where should you avoid overtaking?

Unless there are road markings or a no overtaking sign, it’s up to you as a driver to decide whether or not it’s safe to overtake. But don’t worry, we’ve rounded up all the things you’ll want to look out for:

If you’re learning to drive and need to build up your confidence with overtaking, why not get in some practice outside of your lessons? With our learner driver insurance, you can drive with supervision in a friend or family member’s car from 2 hours to 180 days.