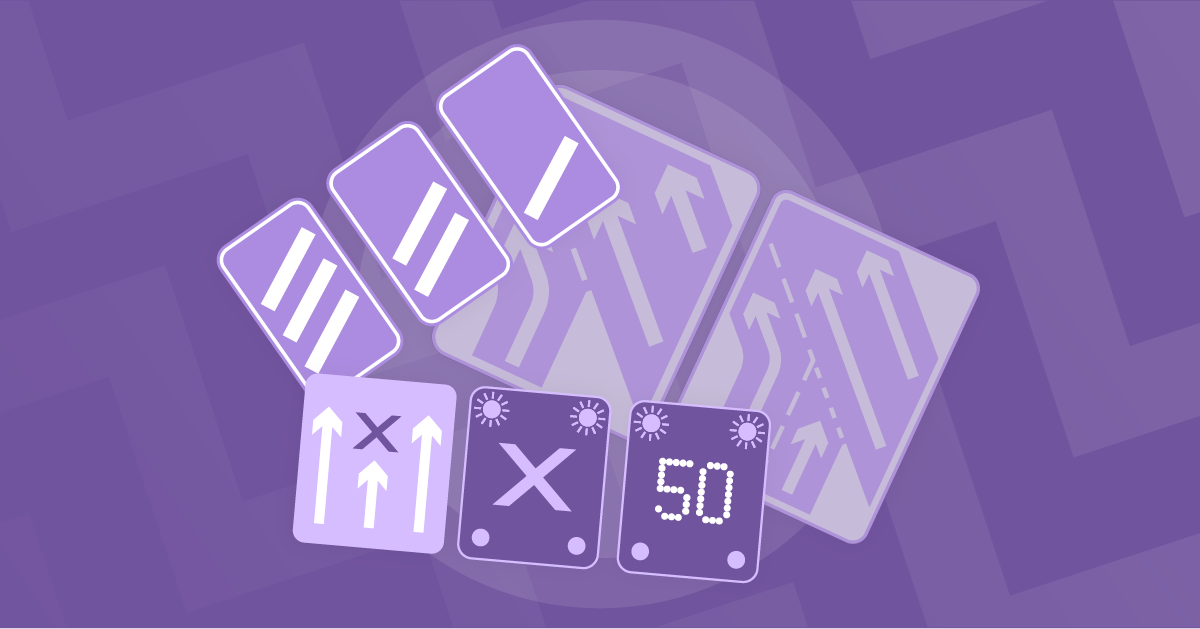 Driving on the motorway: the complete guide

Learner drivers are allowed on motorways. Here are our top tips for driving on the UK’s busiest roads.

Motorways can seem really daunting when you’re learning to drive. There are lots of fast cars, new road signs and rules. But with our guide to motorway driving and a bit of practice, you’ll be confidently driving on the motorway in no time.

Can learner drivers drive on the motorway?

What is each lane on the motorway for?

There’s no such thing as a fast or slow lane. There are three lanes on a motorway and it’s really important to know the rules. Here’s a run down of when to use all three lanes. Top tip: it’s always the left lane unless you’re overtaking!

This is the left-hand lane. You’ll often hear it called the nearside lane or inside lane. Lane one is for normal driving. You should always stay in this lane unless you’re overtaking.

This is the right-hand lane. You may hear it referred to as the off-side lane or outside lane. Lane three should only be used if traffic in lanes one and two is moving in queues and you need to overtake. You should move back to lane two, and then lane one when safe to do so.

Reflective studs on the motorway

White studs on the motorway are there for mid lane division. These reflective studs are put in between motorway lanes to help make sure you stay in your lane.

How to join the motorway 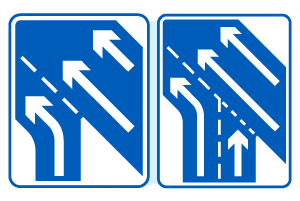 We’ve got a whole guide on joining the motorway, including a step-by-step video on how to join the motorway.

How to leave the motorway 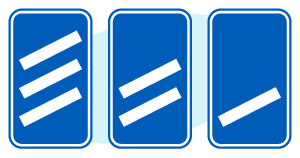 It’s just as important to know how to exit the motorway properly. It’s a good idea to plan your route in advance, so you know which junction you need. Keep any eye on the road signs so you can prepare and avoid missing your exit.

How to overtake on the motorway?

Check out our guide on overtaking rules to find out all about when you should and shouldn’t overtake.

Is driving on a smart motorway any different?

Smart motorways have been introduced to help tackle congestion on UK motorways. They use cameras and speed signs to monitor traffic flow, and some types even allow cars to drive on the hard shoulder.

There are a few extra things you’ll need to think about on a smart motorway. Firstly, there’s no hard shoulder, you’ll need to use the Emergency Refuge Areas if you breakdown.

If you’re learning to drive, why not get some practice outside of your lessons? Just remember you can’t drive on the motorway unless you’re with your driving instructor, but other than that you’re free to drive on any roads! With our learner insurance you can get cover to practice with a friend or family member from 2hrs up to 180 days.