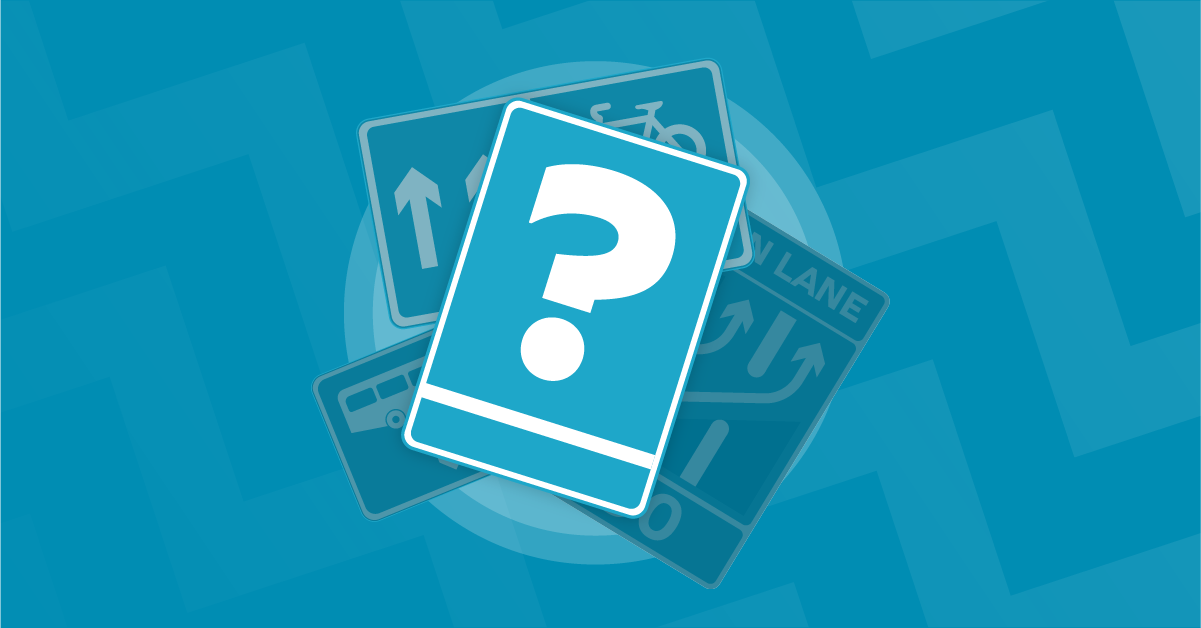 A contraflow system is a system of traffic lanes whose normal direction is reversed to allow traffic to move. Here’s all the possible theory test questions that might come up on contraflow systems.

There’s a lot to learn when it comes to your theory test; and we know that a contraflow system can be confusing at first when you’re learning to drive. But don’t worry, we’re going to cover everything you need to know to get prepared for answering these tough questions on your theory test.

We’ll talk you through contraflows on the motorway, bus and cycle lanes. By the end of this article you’ll know what they are, where you’ll find them and how you should drive through them. Let’s get into it.

What is a contraflow system?

A contraflow system is where traffic is directed in the opposite direction than it would normally flow. The clue is in the name with “contra” meaning against and “flow” meaning the movement of traffic. You’ll often find temporary contraflow systems when there’s roadworks, but they can also be permanent.

Contraflow system on a motorway

One of the places you may come across a contraflow system is driving on the motorway. They tend to be used while roadworks are taking place. If one of the carriageways is closed, traffic may be directed across the central reservation and onto the other side of the carriageway.

It’s used to keep traffic moving on the motorway. This system is generally only used for big works and repairs, as it’s safer to keep drivers separate on the motorways. It can be a bit daunting if you’re not prepared, so here’s what to expect.

What would you expect to find at a contraflow system on a motorway?

If a temporary contraflow system is in place on the motorway, you’d expect to find this road sign: 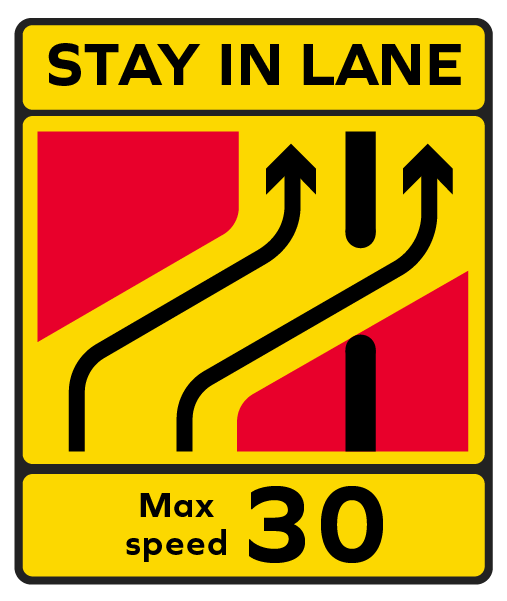 The motorway contraflow road sign is yellow with arrows telling you to stay in your lane. The red areas show where you should not drive. It will often also include the maximum speed limit.

When you approach the contraflow system, you’ll usually see red cones separating your lane from oncoming vehicles. You’d also expect the lane you’re driving in to be narrower than normal.

What should you do on a contraflow system on a motorway?

It’s likely there will only be cones in place to separate you and the oncoming motorway traffic so it’s really important you drive safely. On approaching the system, you should get into the correct lane as directed by the road signs in plenty of time. You should stay in that lane throughout the contraflow.

There may be temporary reduced speed limits in place which you should follow. It’s important to keep a safe distance from the car in front, don’t attempt to overtake anyone and don’t cross the line of cones.

Contraflow cycle lanes are used for two-way cycling on one-way streets. Allowing cyclists to ride both ways in one-way streets makes cycling in towns and cities much more convenient. They can avoid busier main roads and get to their destination more quickly. Win, win!

As a driver, it’s your responsibility to follow the road rules and keep these cyclists safe, so make sure you keep a safe distance away and don’t cross the solid white line into their lane.

For more on how to keep cyclists safe…check out the dutch reach.

What is the sign for a contraflow cycle lane? 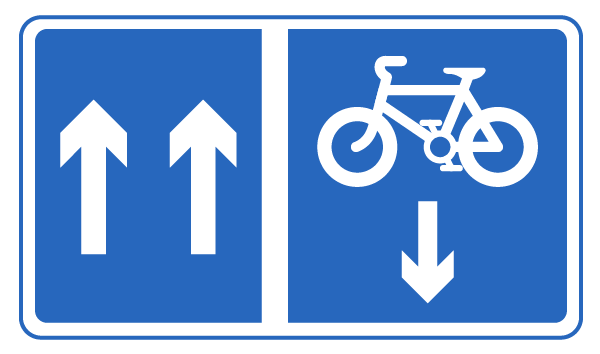 Where would you see a contraflow bus lane?

You will generally see a contraflow bus lane on a one-way street, so the buses are travelling in the opposite direction of the other lanes. They tend to be found in big cities because they help buses get to their destinations more quickly by taking a more direct route.

Contraflow bus and cycle lanes are sometimes merged together so both cyclists and buses will be travelling in the opposite direction to the other lanes.

Contraflow systems on your theory test

There are a number of different questions about these systems that could come up in your theory test. We’ve covered the answers to these questions already so now’s a good time to test yourself on these possible theory test questions!

Preparing for your driving test

Got a theory test coming up? Check out our guide on how to pass your theory test. Getting out and driving can be a great way to familiarise yourself with different road signs and systems. With our learner driver insurance, you could practice with a friend or family member with cover from 2 hrs right up to 180 days. Good luck!