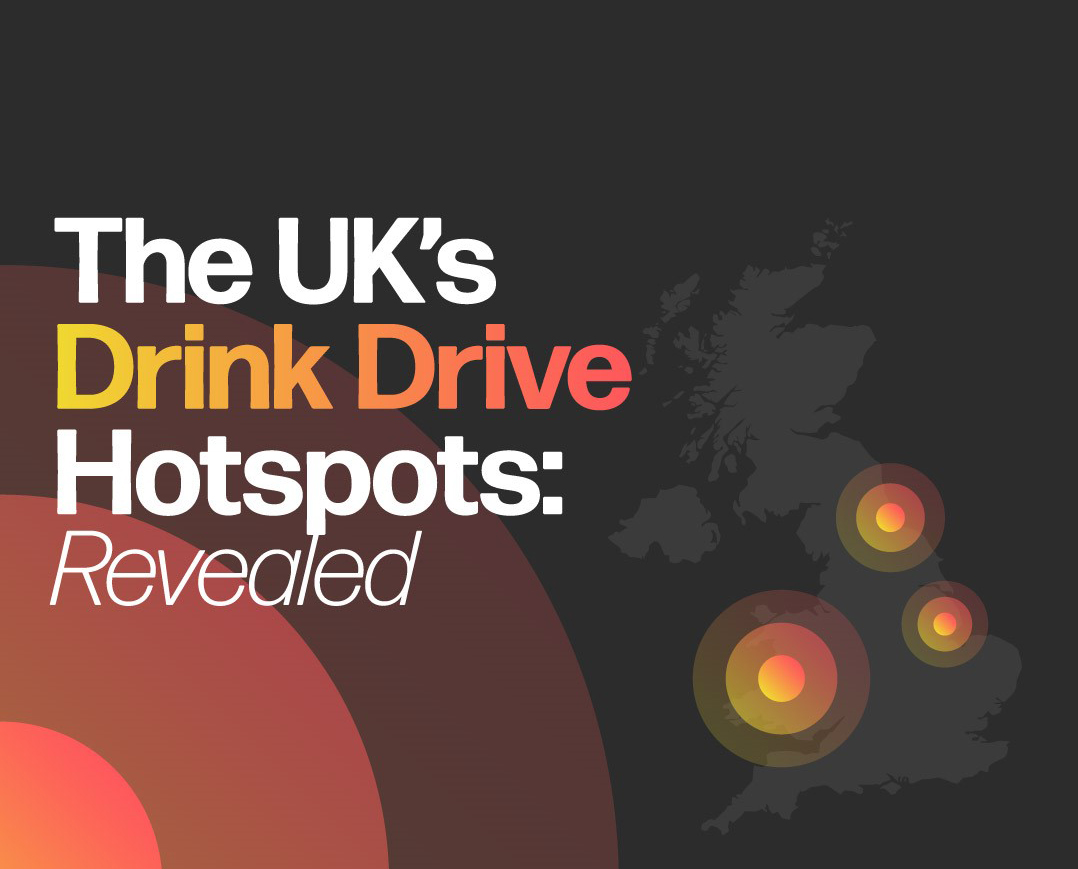 We took a look at Government data from the past five years to find out precisely what the stats are on people choosing to get behind the wheel of a car while above the legal limit.

Many drink driving accidents, injuries and fatalities could easily be avoided simply by choosing the more responsible route of taking a taxi home.

We took a look at Government data from the past five years to find out precisely what the stats are on people choosing to get behind the wheel of a car while above the legal limit.

Where are the UK’s drink drive hotspots?

When studying the official statistics which showcase the number of accidents caused by drink driving in each region and calculating this per 100,000 capita, we can reveal the UK’s drink drive hotspots as:

East Midlands as the region of the UK with the highest number of casualties per 100,000 capita caused by drink driving.

*Calculated using averages of casualty figures for the 5 years from 2012 – 16.

Are young people really the most likely to drink drive?

In the past 5 years, 3.3% of those breath tested as a result of being involved in an accident failed, however the most common age bracket for failing a breath test were 25-29 year olds, making up 5.11% of those who were drunk at the wheel…

Which gender is most likely to get behind the wheel after a drink?

Looking back at data from the past 5 years, men are 3.7x more likely to drink drive than women:

When are drink drive accidents most likely to happen?

Statistically, drivers involved in an accident most commonly fail a breath test on a Sunday, with between 4am and 5am being the most common time of day to test as over the legal limit on this day.

However, although in general the highest number of road traffic accidents happen between 5-6pm on the daily commute home from work, the most incidents where the driver involved failed a breathalyser test occur between the hours of 1am and 5am.
The number of drink drive casualties is on the rise…

How many fatalities on the road occur as a result of drink driving?

Over the last 5 years, 16% of drivers or riders killed in accidents were over the legal alcohol limit. Out of those, 8% were over twice the legal limit.

Across the same period, 375 drivers have been killed due to being over the legal limit. These are all accidents that could have been avoided!

In England and Wales, the drink drive limit is 35 micrograms of alcohol in 100 millilitres of breath, but how does this compare around the world when looking at a selection of 35 countries?

The number of drink drive casualties is on the rise…

When we look back at official statistics relating to drink drive casualties over a 25 year period we can see that casualty figures dip noticeably in 2010. But the latest figures show an increase of 6.7% between 2015 and 2016, suggesting that drink drive related incidents are on the rise.

Despite this, we can see that, over the past 10 years, convictions have decreased by 45%.