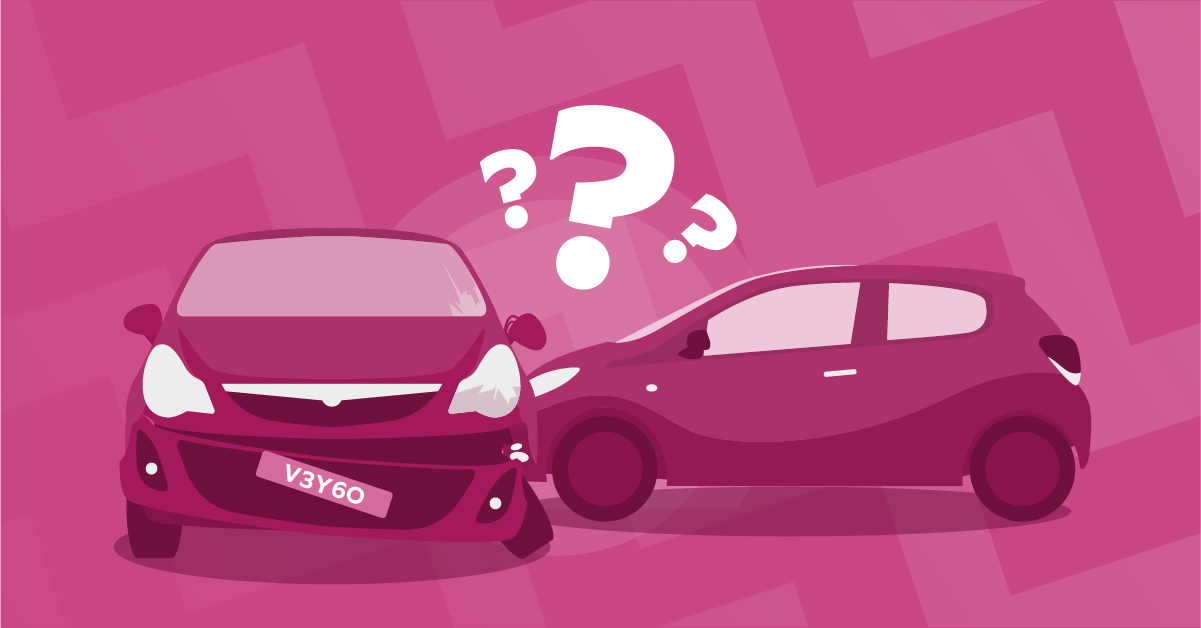 What to do if you’re hit by an uninsured driver

We all know you’re supposed to get the insurance details of the third party in an accident, but what happens if they aren’t insured?

Hit by an uninsured driver?

Being in a car accident is stressful at the best of times, but the situation can be made ten times harder if you’re hit by an uninsured driver. In a normal car accident, the insurance company of the person who’s at fault would pay for damages. Check out our article on what to do after a car accident.

But if you’re hit by an uninsured driver, it might be a bit more tricky. Good news is, there are processes in place to help make sure you’re not left out of pocket.

If you can, you want to try and get this information down:

You’ll need to report the car accident details to the police, and you can try and take a picture of the scene for evidence only if it’s safe. If the car isn’t yours, you’ll also need to give the car owner’s name and address.

You can also find someone’s insurance details using the askMID insurance check. It’s also a good idea to let your insurer know about the accident as soon as possible.

You may be able to claim from the Motor Insurers’ Bureau (MIB) if you’re hit by an uninsured driver. The MIB is there to compensate victims of uninsured and untraced drivers. Basically, every insurer in the UK has to pay a membership fee to the MIB to be able to sell insurance in the UK. The MIB use this money to contribute towards pay-outs.

If you want to make a claim for compensation for injury or damaged property, give them a call for advice or make a claim online. They’ll do their own investigations into the incident, including getting witness statements and police reports. MIB should decide whether or not you’ll receive a payment within three months. If MIB decide that you’re eligible for compensation, it’ll take a little longer to decide the amount. If it’s found that you’re at fault, you won’t receive any compensation.

What happens to uninsured drivers in an accident?

The police could give a fixed penalty of £300 and 6 penalty points. If the case goes to court, the fine will be unlimited. The driver could also be disqualified from driving and the car could be seized. So not worth the risk if you’re ever considering jumping in a car you’re not insured on.

What happens if I’ve only got third party insurance?

You don’t always need extra insurance to drive other cars if you’re insured on your own car, because it can sometimes be included in your own insurance as third party insurance. If it’s included for you, it’s usually only valid if:

You probably shouldn’t do this often though, because if you’re in an accident or there’s any damage, you’ll have to pay for your own car and injury expenses and your insurer won’t help you with your claim. If the accident with an insured or uninsured driver isn’t your fault, external claim companies like the MIB may be able to help you with a claim, but it will cost. Ouch.

Overall it’s a bit more complicated and instead, you can grab some temporary insurance off us to save you any problems in the long run. Here’s how to make a claim in someone else’s car.

Don’t risk it – make sure you’re insured before you borrow someone else’s car! You can get temporary insurance from anything between 1 hour up to 60 days at a time, so you can get as little or as much as you need, and all the peace of mind.