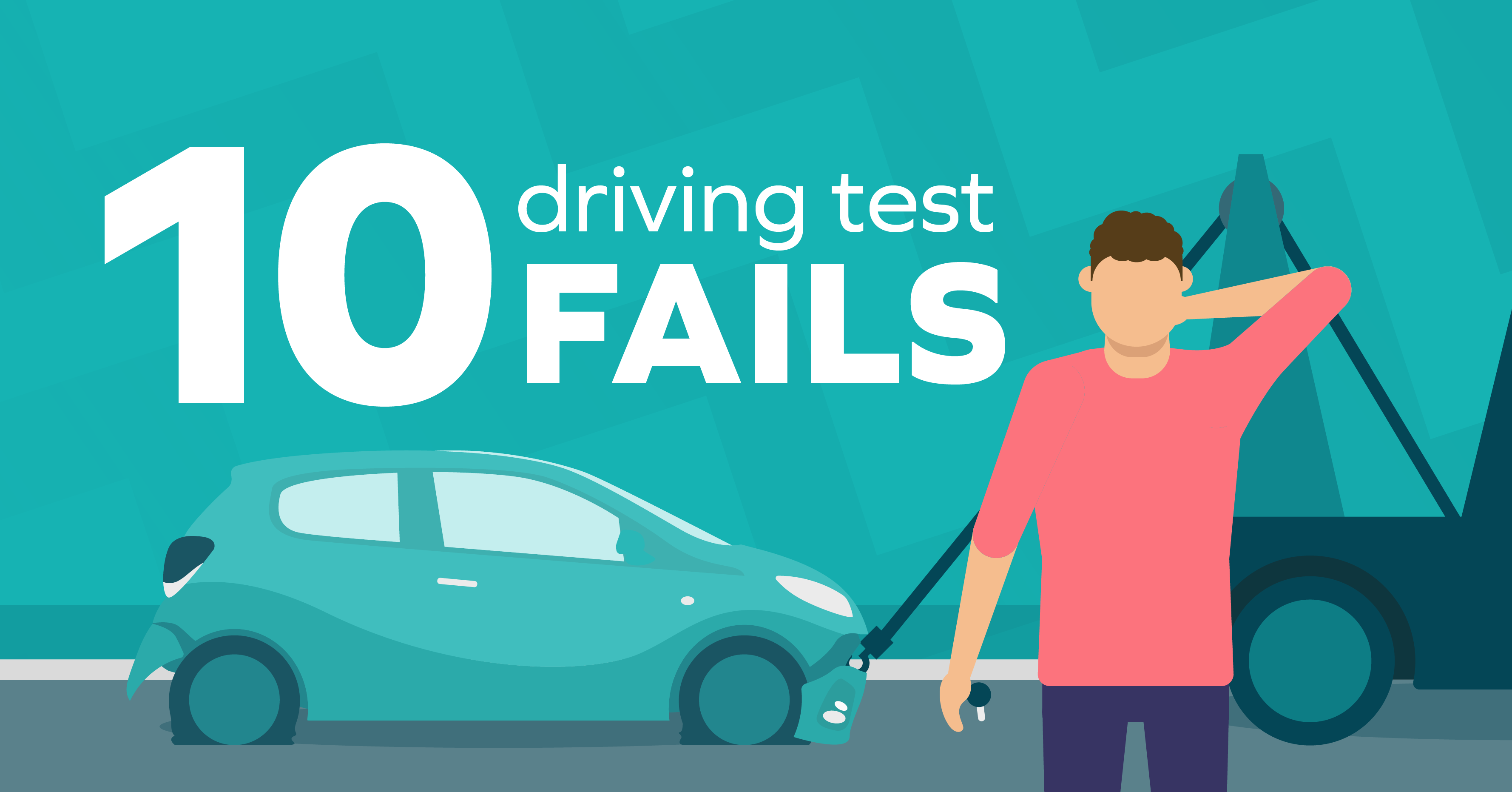 Learning to drive is hard and lots of us fail the first attempt. Some of us fail more times than we’d like to admit.🙃

We asked you to share the weirdest, funniest, and just plain unluckiest ways in which you failed your driving test. Here’s what you had to say…

1. The worst friends ever

“I told my mates when my test was booked for. They waited on the corner of the driving test centre and when I was coming they jumped out from around a corner cheering and waving a sign saying “good luck”. I panicked, swerved and almost crashed….instant fail!”

“I failed my driving test twice – finally passing on the third attempt!

The first time I took the test I drank half a bottle of rescue remedy to calm my nerves, emergency stopped for a pigeon and then accidentally missed my turning on a roundabout, driving the instructor to Hereford on accident! The whole test took just under two hours because of my missed turning! The instructor slammed his elbow down on the side of the window and huffed that we’d be stuck in the car for a while!

The second time I took the test I accidentally drove down a dual carriageway the wrong way! The instructor had to get involved and use the pedals to reverse us back up the road and into a layby. I was still optimistic that I might have passed but no such luck!”

“I failed my driving test twice!

First time, I was speeding. Did 50mph in a 30mph zone! In my defence I didn’t realise…

Then in my second test, my instructor said go straight over at the roundabout so I took that a little too literally and went straight over a curbed roundabout! Needless to say I failed that test too.

But I’m a brilliant driver now!”

“I’ve had over 280 driving lessons and failed 8 times over a 10 year period . I hit the roundabout on 2 occasions which resulted in the examiner having to grab the steering wheel. Another time I drove the wrong way down a one one street. I once indicated to turn into a street, only it wasn’t a street it was a grass verge! The list is endless so I decided to take my test in an automatic car last year which I then passed after years of failing in a manual car. Better late than never!”

“First time round, I had done the entire test, all going swimmingly, feeling super confident (the examiner was even smiling). I was turning right back into the test centre, forgot to indicate and bumped the curb while parking at the test centre.

“On my first test, I decided to put my foot down and go 70 mph along the country lanes. The examiner was in a complete panic telling me to slow down.

After we got out of the lanes the examiner asked me to pull over into the bus stop on the left hand side. He told me to switch off my engine. He then told me that he was going to have to stop the test because I was a danger to myself and others on the road!

Luckily my instructor was sat in the back so I didn’t have to do a walk of shame back to the test centre with the examiner in his hi-vis jacket!

On my second test I failed because I was completely oblivious to a cyclist that was behind me and nearly reversed straight into him. Not my proudest moment.

I eventually passed on my 4th attempt!”

“We have a friend who had a catastrophe in his test. The instructor had to take over full control of the car or they would have crashed. On the mean side, we did then start a team pool on his tests afterwards (he failed 3 more times after this if I remember) Happy to say Matt has now passed his test. They do say fourth time lucky!

“I failed my first test and it was rather embarrassing.

I was told to do an emergency stop which is fine. However, it seemed my examiner hadn’t buckled up correctly. When I did the emergency stop he managed to smack his head into the front windscreen and cause a dent in the glass.

The test had to be stopped as he claimed mild concussion from what happened, but I apparently failed because I didn’t put the handbrake up at a traffic light instead!

It was a good job I wasn’t asked to do an emergency stop when I did my second test.”

“I failed my first driving test when I pulled an emergency stop in the middle of the road because I thought the sun was a red light!”

“I was one of those unfortunate folks who failed 4 times before actually passing.

Two particular fails stood out, one being for not overtaking a tractor on the Lampeter roads back home (if you’re familiar with them, they are mighty windy and not the best for overtaking!) but my instructor insisted I was wrong.

On another I was taken on a country road test route I hadn’t been on before, it was raining and a bit muddy, and I skidded around a corner. I looked at my test instructor and said ‘that’s a fail right?’ they then responded ‘unfortunately yes, but that was a pretty tidy drift so you can be happy with that at least.’

I was mega chuffed when I passed on my 5th attempt!”

Are you still learning to drive? Make sure to avoid these mistakes and you’ll fare better than this lot!

Remember that practice makes perfect. Get in some extra hours outside of lessons by practising with your parents. With Veygo’s Learner Driver Cover you can get insured to practice in a friend or family member’s car from two hours to 180 days.