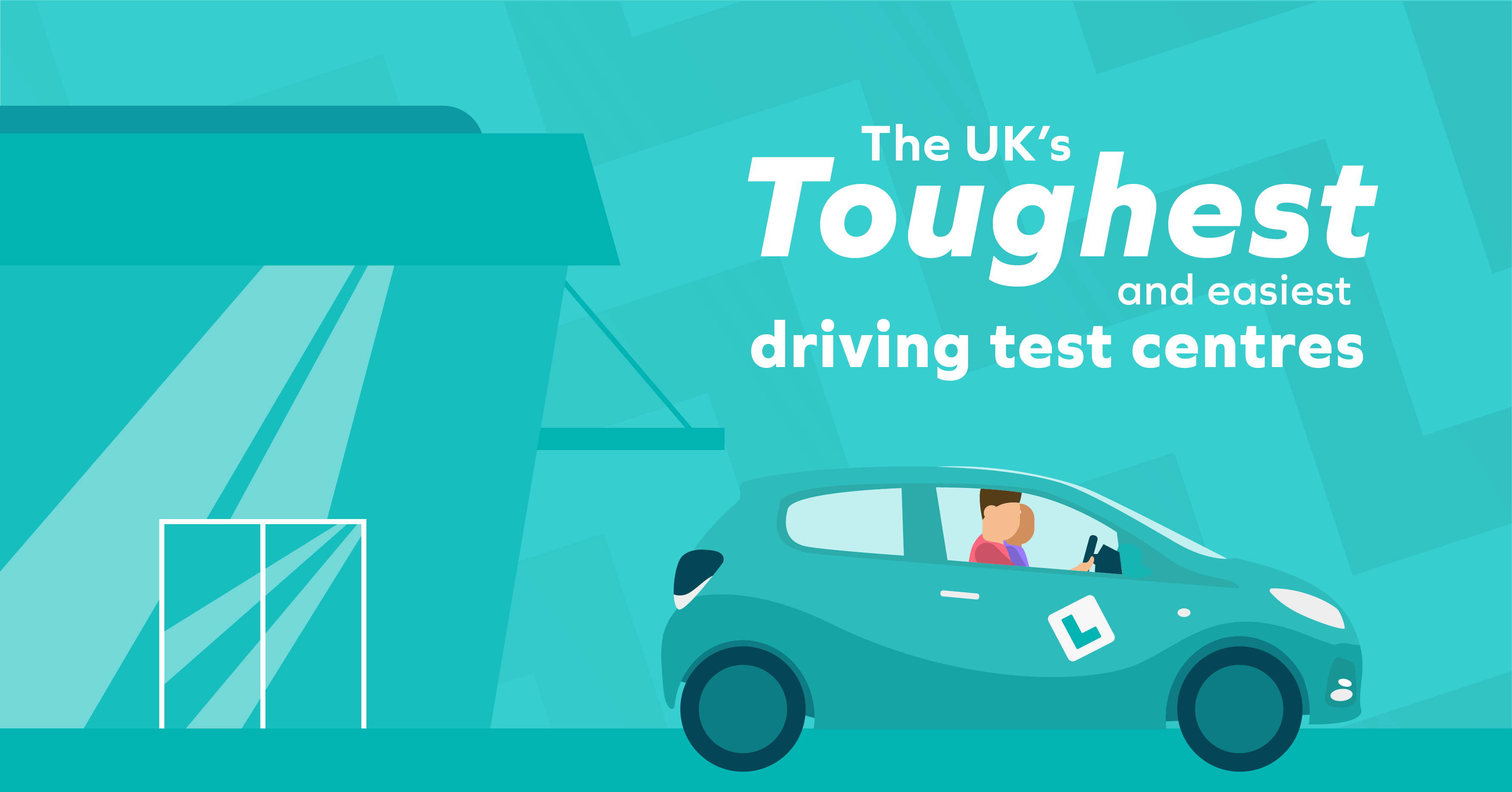 There is a difference of more than 60% between the pass rates of the UK’s toughest and easiest driving centres. It’s generally harder to pass in cities; and if you’re planning on taking your test at The Pavillion Birmingham…good luck.

We’ve been on a mission to find out the hardest and easiest places to pass your driving test. We may sell learner driver insurance, but we still want to help you pass your test ASAP. So, we’ve been routing through pass rates between 2019 and 2020 from each of the UK’s 372 test centres. And the results are in.

Where is the hardest place to pass your driving test in the UK?

I’m afraid we’ve got some bad news for you Brummies. The Pavilion Test Centre in Birmingham has been named as the UK’s hardest driving centre, with the worst pass rates in the whole of the UK.

Now might be a good time to tell you that private driving practice can help improve your chances of passing first time…you’re gonna need all the help you can get.

The test centre, just outside of the city centre, has a pass rate of just 28.9%. That is almost 20% lower than the national average. Women had a particularly hard time in the Pavilion, with less than one in four passing their test.

Where is the easiest place to pass your driving test in the UK?

Okay that’s enough of the doom and gloom. Let’s talk about the easiest place to pass your driving test in the UK. Drum roll please…

The easiest driving test centre in the UK with the highest pass rate is….the Isle of Mull!

Yeah we had to look up where it is too, so we’ll save you the hassle. The Isle of Mull is a beautiful little island just off the West coast of Scotland. Their driving test centre pass rate is a whopping 91.7%.

Inveraray took a close second place with a pass rate of 91.2%. In fact, 17 of the top 20 driving test centres were all situated in rural Scottish areas. Maybe it’s the incredibly quiet roads, or maybe there’s something in the water. That’ll have to be an investigation for another day.

The hardest places to pass your driving test

The easiest places to pass your driving test

So, generally speaking where are the hardest places to pass your driving test in the UK? Unsurprisingly, people living in cities, it’s not an easy ride for you. If you take your test in a built-up area, your chances of passing go down.

Before you go into panic mode, city drivers, we have some good news for you; things are looking up. In 2017, Cardiff was the only city to beat the national average with a pass rate of 52.8%. But last year Cardiff was joined by Bristol (47.2%), Nottingham (48.7%) and Swansea (52.5%) as cities with above average pass rates.

Does gender affect your likelihood of passing your driving test?

Last year women had a lower pass rate than men. While 50.0% of men passed their driving tests, only 43% of women did.

But what does the list of easiest, and toughest, test centres look like when broken down by gender?

Does age affect your likelihood of passing your driving test?

This probably won’t come as a surprise to any of you. The older you get, the less likely you are to pass your test. So if you’re considering putting off learning to drive, the statistics suggest that might not be such a good idea.

We’ve also pulled the stats together as an infographic which can be seen below: