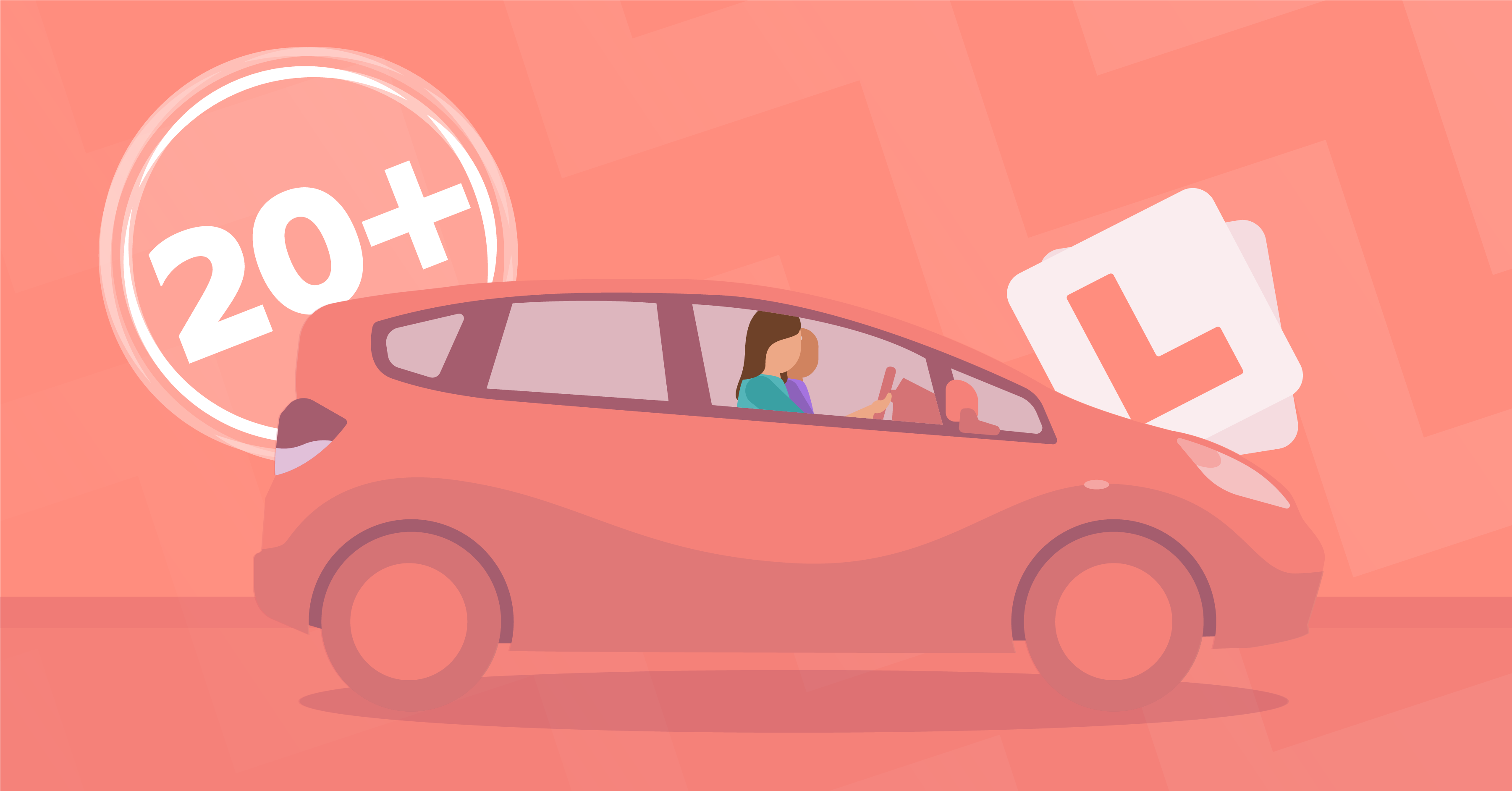 Learning to Drive in Your 20s: What is it like?

Learning to drive can be a totally different experience when you’re a full-time working, fully-functioning adult. We asked Holly about her experience…

With the rising cost of getting on the road, many now wait until their 20s to start driving. We caught up with Holly, a 26-year-old learner driver to ask her about her experience of learning to drive in her 20s.

Why didn’t you learn when you were 17?

I lived in a tiny village but the public transport links were really good. My mum always gave me a lift to school and I’d get the bus home. After school, because no one really lived in my village, I didn’t go out afterwards. Then, when I went to uni, it was only 1.5 hours away so I just used public transport. It was easy and pretty cheap.

Also, the cost was a factor. Even though I had a part time job, I wasn’t earning enough to warrant spending the money on driving lessons and the test when I could just keep using public transport. A lot of my friends drove as well, so if I ever needed to go anywhere I’d just get a lift with them. I just wanted to save my money on stuff that I’d enjoy like going to gigs.

Do you think your life has been affected by not being able to drive?

I think it would’ve given me more freedom as a teenager, I would’ve been able to visit my friends more. At uni there was only one of us in our flat with a car, so we were reliant on her – it would’ve been good to share the burden, and have more opportunities for house road trips! Also, visiting my family has been difficult since I moved to the other side of the country after graduation.

Why have you decided to start learning to drive now?

I’ve now moved to Cardiff and, even though the public transport here is good and a lot of things are in walking distance, there’s so much to explore outside of the city. My boyfriend knows how to drive but he’s from the US so needs to re-take all of his tests. We both want to buy a car so we can just go and explore.

Travelling home would be way easier with a car. Especially at Christmas, because having to take all my presents on the train is a nightmare! The drive is only 3.5 hours, compared to 6.5 hours on the train! Petrol would probably work out cheaper than the train tickets too…

I’m really ready to be able to drive now. When I was 17, not driving didn’t really hold me back because I still had public transport and my friends. Whereas, now, I want to go and do a big shop but I can’t. My friend even had to take me to IKEA on Sunday!

Is learning to drive hard?

It’s much harder finding the time to learn to drive when you’re working full time. I have all of my lessons at 9am on a Saturday morning. 17-year-old me definitely would have been sleeping, and having lessons at 3pm after college instead.

Also, there’s a bit more of embarrassment if it takes you a long time to learn to drive. This is mostly because it feels like there’s not many of you learning to drive. You think that people might assume that you’re stupid, or there’s another reason you’ve not learnt how to drive rather than the fact that you just don’t really need to. My grandad didn’t learn until he was 50, and my dad didn’t learn until he was 27, so that makes me feel better.

Do you think it’s more financially difficult to learn to drive when you’ve moved from home?

It is really expensive! While my parents did help me out with my first block of lessons, I like to be independent and I didn’t want to rely on them to pay for all of the lessons for me. An upside to getting on the road with my own money is that I get to choose my instructor, the car and insurance. Obviously, it’s great if your parents buy them for you but I like being able to make those choices myself.

Do you think that, because you’re a bit older, your driving habits are different to somebody who has just passed at 17?

I think that I’m a generally cautious person anyway. Also, because I’ve been involved in an accident as a passenger, I’m a more cautious driver. I think that as you get older you start to read more stories about accidents and realise just how important road safety is. I’m more clued up and know that collisions are more likely in the first few months of driving so I will do what I can to not be involved in one.

What are you most excited about when you pass your test?

Being able to drive to a supermarket to do a big shop! And to be able to go to IKEA. It’s really hard to make my flat my own without being able to go out to get some stuff to decorate. I am fed up of relying on my mates to take me. Oh, and being able to visit my family without spending 6.5 hours on an over-priced train.

What are you most nervous about?

I think I’m most nervous about getting into the car by myself for the first time. Especially because, as my boyfriend is from the US, we’ll be getting an automatic and I have been learning in a manual!

How close are you to passing your test?

I’m not telling anyone when my test is! Not even my mum knows! Only my driving instructor knows, so I’m being really secretive about it. I’m keen on keeping it a secret because I put a lot of pressure on myself. So, I feel like if people know they’re going to say ‘good luck’ and then it’s all just going to get into my head and I’ll start to panic! It keeps me more calm if I don’t tell anyone when it is so I can just go ahead and do it.

Good luck to Holly! We’re sure she’ll pass and enjoy the freedom of driving to the supermarket soon! Got a driving test coming up? Check out our tips on how to pass your driving test first time.

Are you excited to get more independence through driving, too? Take a look at our flexible learner driver insurance. With cover from 2 hours to 180 days, get the practice you need to get yourself on the road.

GET A QUOTE
Get A Quote