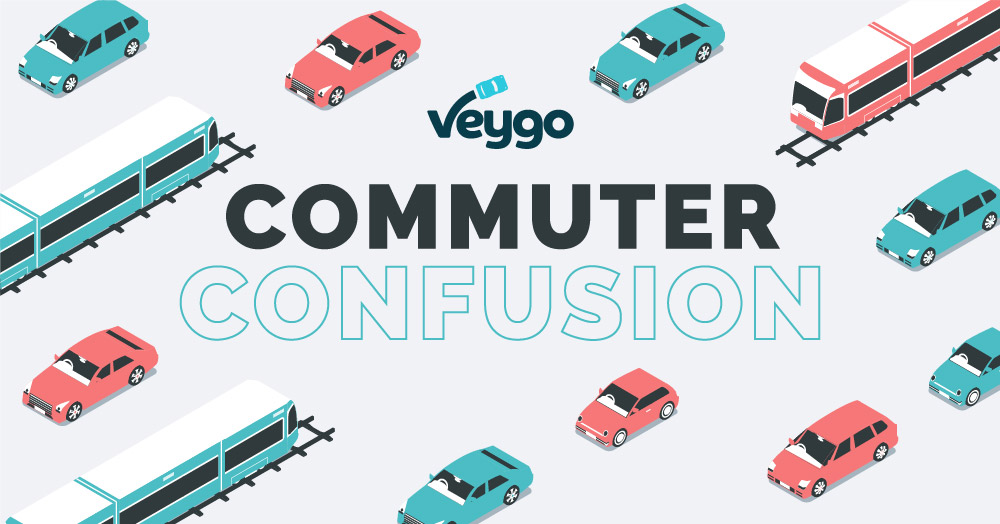 Commuting into the office if you work in a big city can be a nightmare, and that’s even before you take into account the cost. The further away you live, the more time and money you have to spend just to get…

Commuting into the office if you work in a big city can be a nightmare, and that’s even before you take into account the cost.

The further away you live, the more time and money you have to spend just to get into work every day, whether that’s by car, or jumping on a train.

But which is the most cost-effective way to make your way into the city? We’ve compared the cost of monthly season passes for trains and light rail against the cost of fuel for major commuter routes in some of the country’s biggest cities to find out, although we didn’t look at parking costs as part our research.

Rail vs. Car: Which is Cheaper? 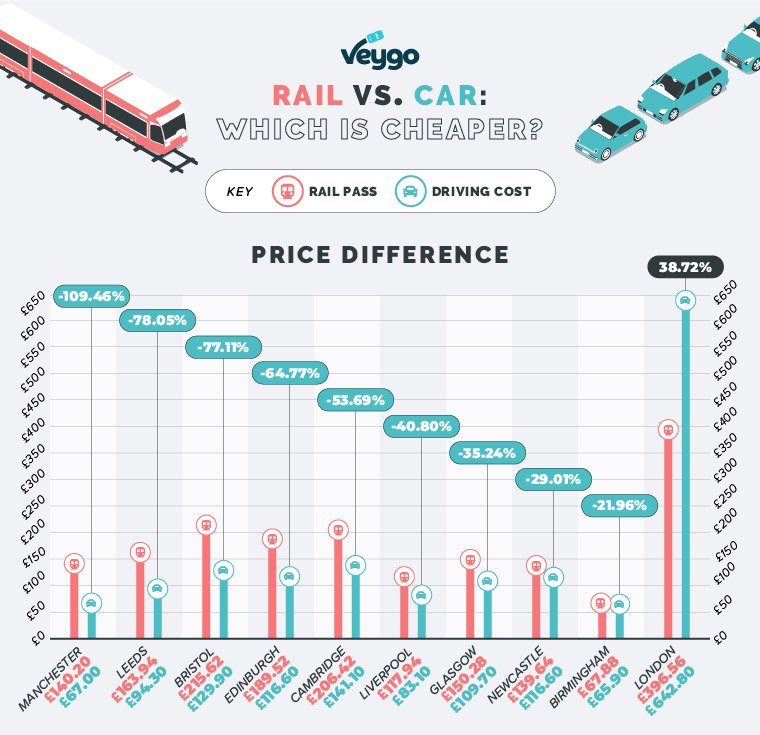 Despite concerns that driving is less environmentally-friendly than taking public transport, in all but one of the cities that we looked at, driving into the city worked out as a cheaper alternative than taking the train or light rail, with the exception of London, where longer driving distances, as well as the city centre congestion charge, mean that driving worked out almost 40% more expensive.

Manchester was the city where drivers could save the most, with the average car commute working out almost 110% cheaper than taking the train or tram into the city.

Commuter Routes with the Biggest Savings by Car 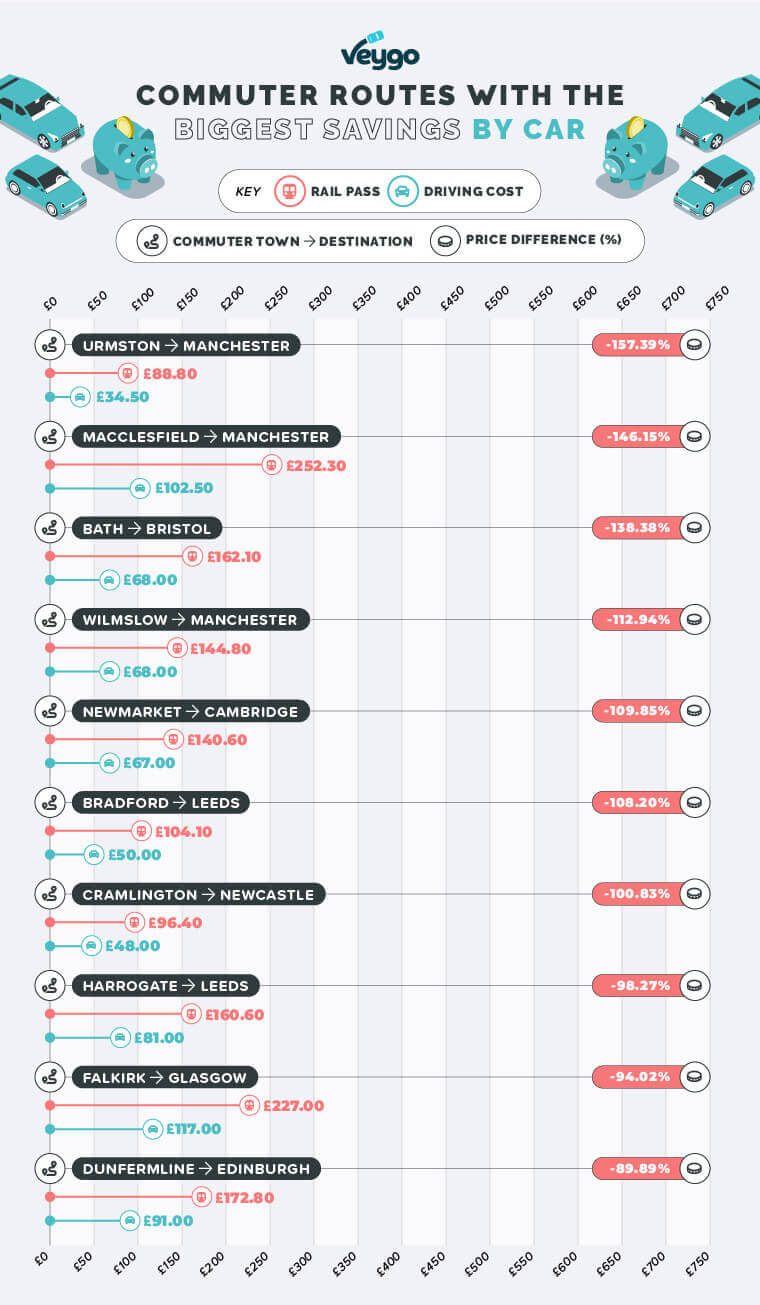 Commuter Routes with the Biggest Savings by Rail 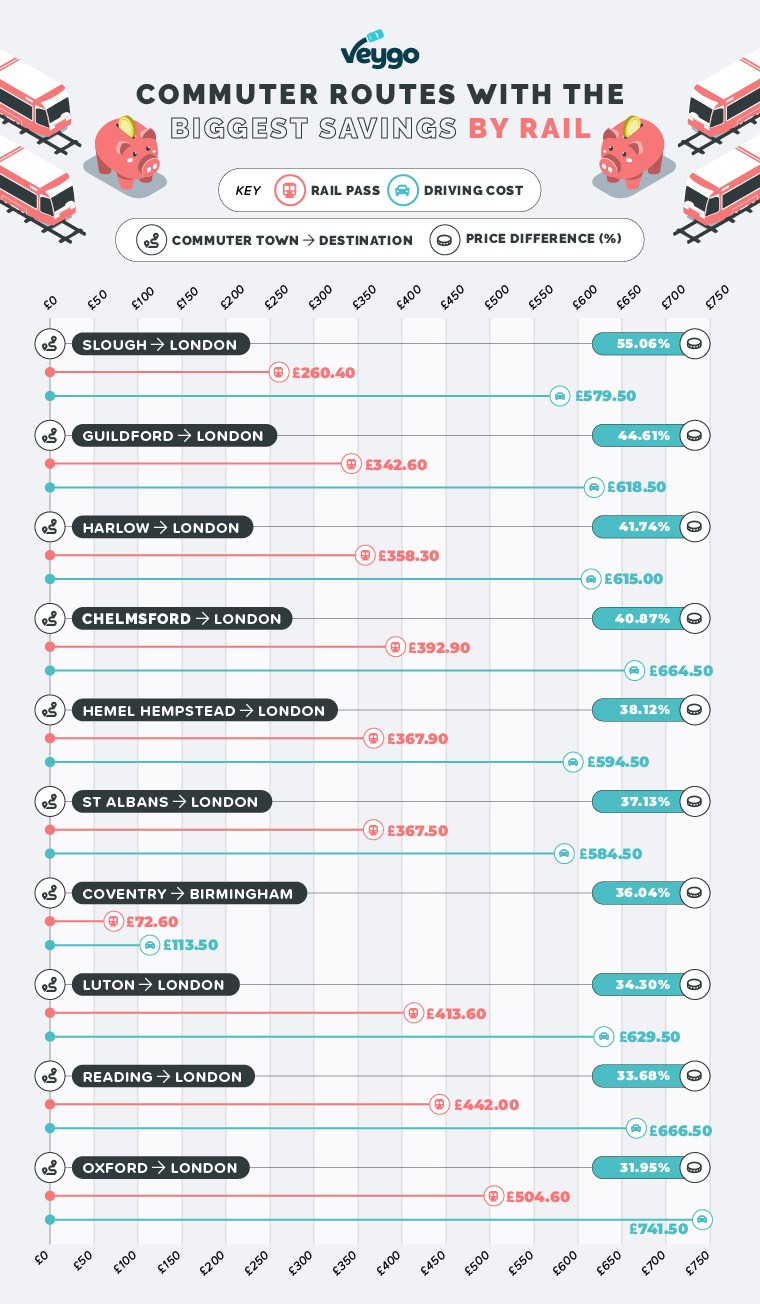 Seven of the routes we look at were at least twice as cheap as the rail alternative, while only 13 turned out to be cheaper by rail, with ten of these being found in London. 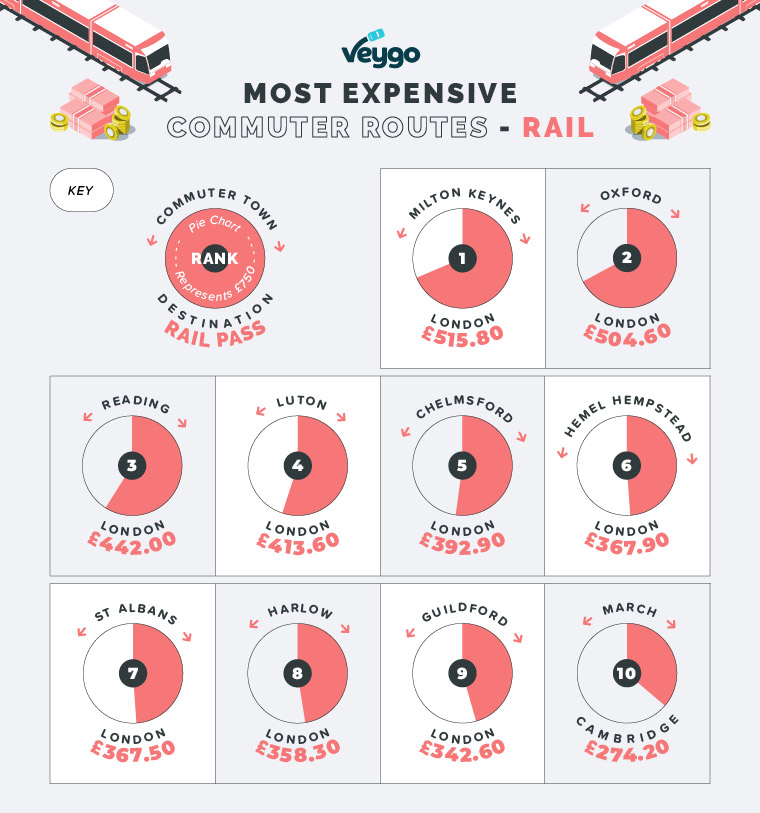 When looking at the overall most expensive commutes, it’s clear that London’s commuter hubs are by far the most expensive when it comes to both rail and car travel.

As well as the general higher cost of living in London and the South East, many of these towns are much further out of the city than those in smaller cities, so it stands to reason that they would be the priciest, especially if you factor in the congestion charge when driving. 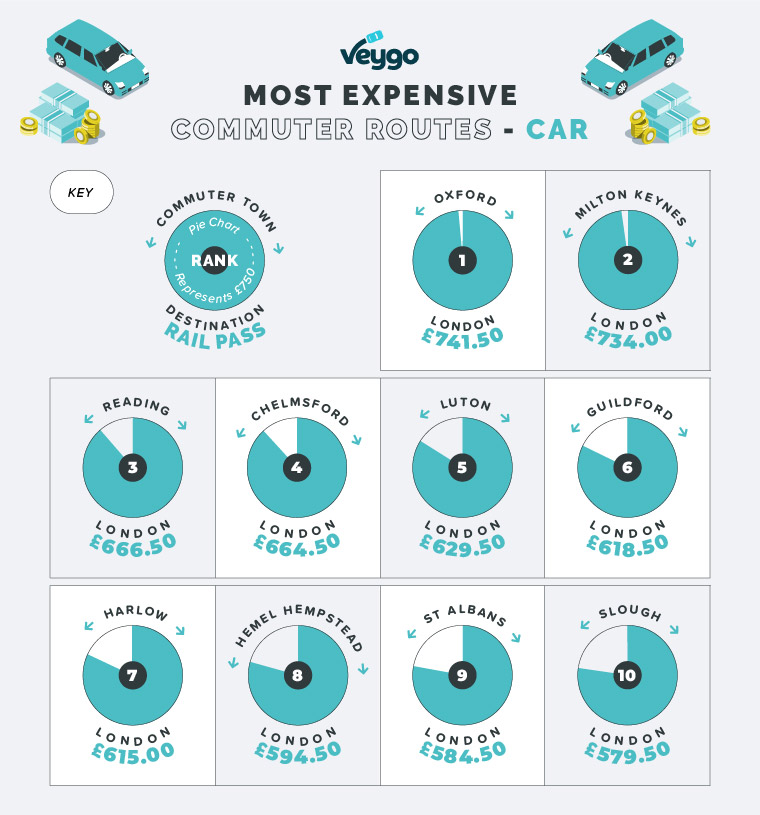 Routes in the Northern and Midlands cities worked out to be amongst the cheapest that we looked at, with Walsall, Northfield and Sutton Coldfield to Birmingham cheapest by rail and Urmston to Manchester when driving.

Each of the five cheapest routes by rail were found in Birmingham, where you can get a monthly nTrain pass for all five zones for just £72.60, or even cheaper for fewer zones. Cities with light rail services also worked out amongst the cheapest, including Sunderland to Newcastle on the Tyne & Wear Metro for £76 per month and Ormskirk to Liverpool on Merseyrail for £90.20. 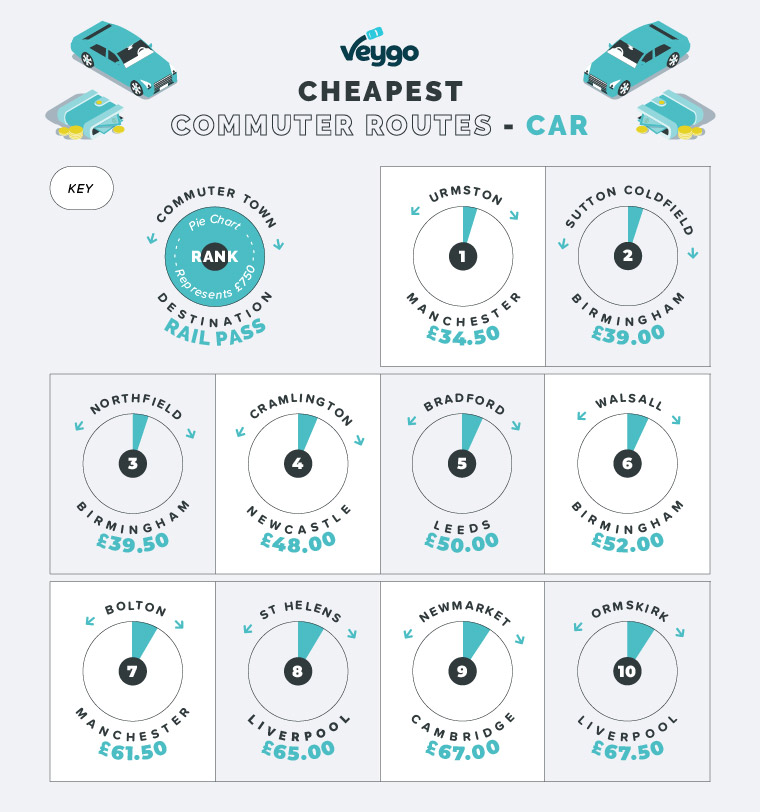 A great way to cut back on travel costs is to consider car sharing, which could save you hundreds of pounds on fuel costs and is more environmentally friendly than driving alone.

Monthly season tickets are taken from Trainline, with the following exceptions:

Monthly fuel costs calculated based on the petrol cost per mile of a Ford Fiesta, according to Next Green Car (two journeys per day, five days a week).

Congestion charge information is taken from Transport for London.

I passed my driving test about 15 years ago. I drive to my local train station daily, at weekends I'm mostly driving to children's parties and softplay centres!